Digitalization of manufacturing with Ignition

Robotized solutions for palletizing are becoming increasingly common in a variety of industries that handle packages such as cartons, boxes, boards and details or bulk materials such as building materials, grain, seeds, fodder, chemicals and fertilizers. Having in mind, the regulatory requirements related to heavy lifting by humans, it is a far better decision to use a robot for this process that can lift and place weights on a pallet with speed and precision, 24/7.

In our experience, the investments in robot palletizing offer very high returns on investment (ROI) because it decreases significantly the labour costs. It is common for such investment to offer ROI from 25% to 50% on an annual basis. Moreover, since the palletization is usually at the end of the production process, the increased palletizing speed could potentially remove a bottleneck for the whole production. In this case, the investment has a huge immediate impact on the throughput and consequently on sales and cash flow. Then the ROI of such a project could be even higher.

In some cases when the production process upstream of the palletization is optimized and its capacity increased, the robot palletizing itself could become a bottleneck for the whole production. An obvious solution would be to add more palletizing robots. However, this is a significant investment, and sometimes it is not even feasible as the free floor space is limited. In such cases, it is better to investigate if the work of the existing robots could be optimized.  In the following article, we will highlight one such project. 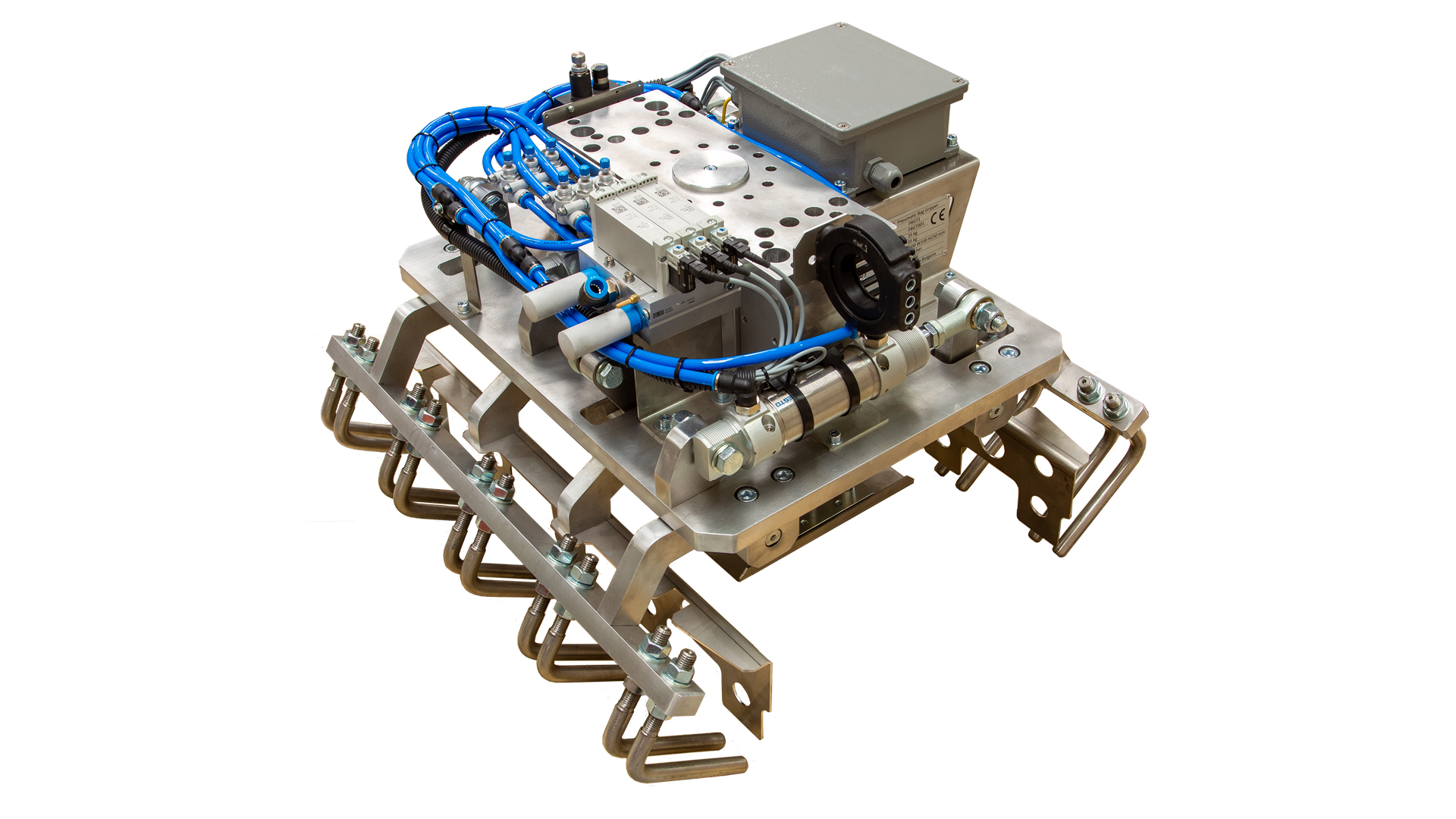 In the following video, you can see by yourself what the effect of optimization is. On the left side is the robot after the transportation system has already been optimized. On the right side is the robots after all improvement have been implemented. In this case, the robot is palletizing bags from two production lines so that its new capacity could be utilized.

Optimizing the work of the existing equipment or investment in new equipment is always a question that the management should consider. It saves money, time and space. If the palletization is a bottleneck, are you sure whether your palletizing robots working to their full capacity?